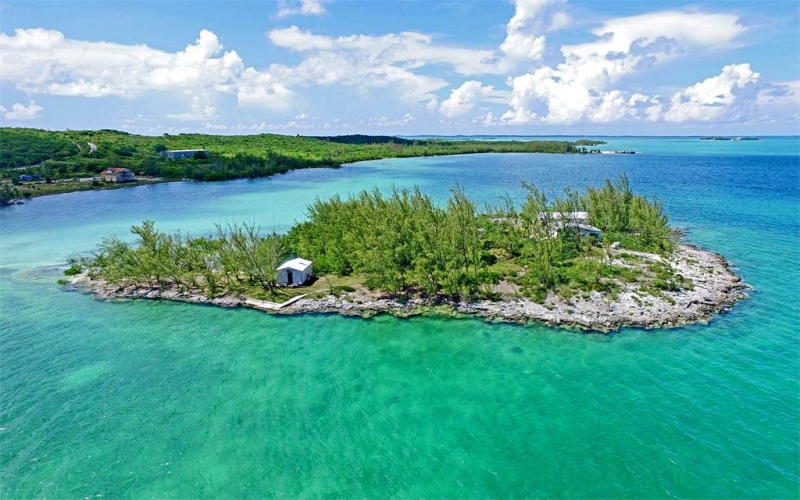 A world of wonder awaits you on your own Private Island that is poised for your vision to become a reality and turn a diamond in-the-rough into a masterpiece.

Third Cay is surrounded on three sides by deep water with a concrete pier on the north side and a wooden dock on the south.

Third Cay was originally developed in the 1960's and has a cottage pathways mature trees, two Docks and a storage house. The main house in in a state of disrepair and needs complete refurbishment or to be raised. The beauty of buying an island that was previously developed is that the buildings are already there and it is much easier to get planning permission for a building modification and work on the island than it is on a virgin island.

Another great feature of the island is that it is supplied with power from North Eleuthera. This means that the challenge of creating power on an island does not exist on Third Cay, which makes the ability to care for an island that much simpler.

Third Cay also has a proven track record for a solid investment as it has two sister islands next door and although smaller is size have been re-developed and sold for as much as $4,000,000!

If you are in the market for a Private Island, don't miss the opportunity to view this Cay. It is truly an enchanting retreat awaiting your personal touch